Creep From the Deep 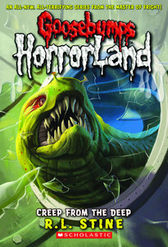 Creep from the Deep is a scary and creepy
book. It is about a boy and girl who visit their uncle, he is called Dr. George
Deep. They call him “Dr. D” for short. Their uncle has boat called “The
Cassandra”, they decide to go underwater in their submarine. A black cloud rolls
in and their uncle disappears. They find a pirate ship called the “Scarlet
Skull” and crash into it. They wake up the dead pirates, and rush up to the
surface. Will they find their uncle? 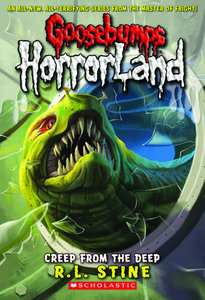 At the beginning of the book the boy thinks he is a superhero but the girl thinks he
is weird. Their Uncle George is like a scientist but he studies
things.

I give this book 9 out of 10 because it is a grabbing book that makes you want to read more.